Thousands of staff, Trustees, volunteers, friends and supporters have worked to achieve Sir Murray Halberg's ONZ, MBE vision since 1963. In that time, the Halberg Foundation has grown to become a professional charitable organisation, led by a skilled and passionate team. Much of Dame Cindy’s career has been in the tertiary education sector, where she became a distinguished researcher and held leadership roles at Massey University, Victoria University Wellington/Te Herenga Waka and the University of Auckland.

Her public sector roles have included Children’s Commissioner (the first woman and first Māori to be appointed to the role) membership of the Ministerial Cross-Sector Forum for the Ministry of Education, and Chair of the Welfare Expert Advisory Group.

Dame Cindy has had extensive experience in the public health sector, including a role as General Manager Funding and Services Planning and Māori Health for the Auckland District Health Board. 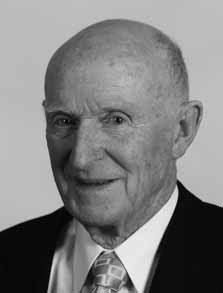 Sir Murray Halberg's ONZ, MBE greatest sporting success was winning Gold in the 5000 metres at the 1960 Rome Olympic Games, but his feats spanned more than a decade on running tracks. Despite his outstanding sporting success on the world stage, Sir Murray's dedication to the welfare of disabled young people has won him his greater fame and higher accolades. Sir Murray was awarded his Knighthood in 1987, and in 2008 was appointed to New Zealand's highest non-titular honour: the Order of New Zealand. Sir Murray was the fourth person to be awarded the Blake Medal for services to disabled young people and the sport of athletics.

The Halberg Foundation is governed by an Executive Board which includes four trustee representatives from across New Zealand. Carolyn has been a Halberg Executive Board member since 2015 and Executive Board Chair since 2019. Carolyn is also currently a director of WEL Networks, Vulcan Steel, Tuatahi First Fibre, Oriens Capital GP 2 and Green Cross Health.  Carolyn has previously been a director of Datacom, Metlifecare and a Trustee of the Football Foundation.  Carolyn has significant investment management and M&A experience having worked as a Portfolio Manager for Guardians of New Zealand Superannuation and in investment banking for Forsyth Barr and Credit Suisse.  Carolyn is a keen sportswoman and has represented New Zealand in rowing. Kevin has been a Halberg Executive Board member since 2015. Kevin has extensive experience in advertising and marketing. His previous positions include working as the CEO of International operations and the Global Client Director on both Coca-Cola and P&G for the media agency Starcom. He has been previously based in New York, Hong Kong and London.  After 17 years away Kevin returned to NZ at the end of 2002 and continued with his global roles until 2015. He then took up a number of governance roles and is currently on the Boards of TVNZ, Kiwibank, the Dingle Foundation and St Peters College in Auckland. He also completed 8 years on the Board of the New Zealand Breast Cancer Foundation. Kevin is based in Auckland where he has a consultancy role as Tourism NZ's global digital media specialist, and he works with NZTE as a Beachheads Adviser. Matthew is the Chief Executive of Sport Waikato, one the 14 New Zealand Regional Sports Trust’s, he has been in this role since 2001.  He has been recognised by Sport NZ and received the 2013 CK Doig Leadership Award as acknowledgement of displaying outstanding leadership in his role at Sport Waikato.

Matthew is a former NZ international rugby player playing 26 matches including eight test matches for the All Blacks and one test for Croatia in 1998.  In 2006 he became a Member of the New Zealand Order of Merit (MNZM) for services to community and sport.

Matthew’s past governance roles have included involvement in a Ministerial Reference Group, The Hamilton Indoor Recreation Centre and the Momentum Waikato Foundation (Founding Trustee) along with school trusteeships. Meg has been a Halberg Executive Board member since 2017 and became the Chair of the Audit & Risk Committee in 2019. She started her career at the national airline as an accountant in 1996 after beginning her trade with Deloitte. She is a qualified accountant with a diverse and impressive track record of experience across key business disciplines of finance, human resource management, strategic planning and marketing. Meg, who grew up in Kerikeri and is of Ngai Tahu descent, is also a Director of Cawthron Institute, Nelson Regional Development Agency, Mevo, Trustee of the Trustee of Centre for Women’s Health – Victoria University and Trustee of Appleby School. Meg has two young sons who are both active in their sports and lives in Nelson. Raylene is a very proud Otago representative who was born and bred on the Taieri.  A graduate of the Otago Polytechnic with a Bachelor of Applied Management majoring in Sport Management and Business Change and Transformation.  She has years of experience in sport management and business from her employment at the Otago Rugby Football Union, and from being an inaugural staff member of the NZ Academy of Sport South Island, HPSNZ, and Excellence in Sport South Island where she was Business Manager.  Raylene is a Trustee of the Halberg Foundation, a Trustee of the Skeggs Foundation.  Raylene is currently employed by Athletics New Zealand as the ANZ-HP Para Lead Coach.  A former National and Oceania champion athlete, Raylene now focuses on coaching athletes to national and international success focussing on the throwing events.  Raylene has led the Athletics team to two double Olympic/Paralympic campaigns in 2008, 2012, 2016 and 2020 Paralympic team in 2016 and Commonwealth Games in 2006, 2010, 2018 and several IAAF and Para World Championships since 2007.  Raylene was appointed as an Executive Board Member at the 2017 AGM. Dean has extensive experience in the express freight industry with a 34-year career at Freightways Limited, of which the last 18 years were as Managing Director.  Dean brings to the Board skills that reflect his strong commercial experience as well as having excellent links to the wider business community.

Dean is currently a Director of Tainui Group Holdings Ltd, Air NZ Ltd, Property for Industry Ltd and Port of Tauranga Ltd.  In addition to his past Freightways directorship role Dean was also previously a Director of the public policy think tank The NZ Initiative. In the 1997 New Year Honours, Duane was appointed an Officer of the New Zealand Order of Merit, for services to swimming. In 2013, he was elected to the International Paralympic Committee and in 2017 Duane was elected as Vice President.

Duane was appointed by the International Olympic Committee to the Evaluation Commission for the 2024 Paralympic and Olympic Games, one of just 14 people worldwide to be appointed on the commission.

Having recently finished a 37 year banking career with National/ANZ bank, Duane has been appointed to the board of Sport NZ and is on the board of Paralympics New Zealand. Tom Smith has joined the Halberg Foundation Board as a Future Director.

He is currently the National Grants Manager at The Lion Foundation.

Tom has 18 years of experience in the disability and physical activity sectors in the UK and New Zealand. He has held Board and Senior Management roles within Paralympics, Special Olympics Great Britain, Government and more recently as CEO at Parafed Auckland.

Tom is a keen sportsman who enjoys mountain-biking, golf and football in his spare time. For more than 25 years, Adrienne has been an advocate for young people with a disability to enjoy sport and recreation. “With my fellow trustees, we are seeking support to build a capital base to ensure the long-term sustainability of the Halberg Foundation,” she says.

Adrienne is also a trustee of Nikau Foundation, the Wellington region’s community foundation. Keith has background in management and governance with emphasis on the    food and agribusiness industries. He was managing director of Tegel Foods from 1980 -1996; and was deputy chairman and CEO of Ernest Adams prior to its acquisition by Goodman Fielder in 2000.

Since 2000, Keith has been involved in farming, food and sports technology and   is a director of Dairy Farm Investments, and chairman of the advisory board for Pic’s Peanut Butter. He is the executive chairman of Cooks Coffee Company, a franchise of over 110 outlets in 12 countries.

He was appointed a Trustee of the Halberg Endowment Fund in 2018. Michael has served the Halberg Foundation as a trustee since 2003; he was a member of its executive board from 2007-2017. During that period he actively supported all Halberg activities and sponsored the Foundation’s Outward Bound programme. Michael was chair of the Halberg Endowment Fund from 2016-2020.

“I have a strong interest in encouraging young people with a physical disability to participate in activities. Being involved enables interaction with peers and an individual confidence, generally leading to a fulfilled and productive life,”  he says.

Michael retired as deputy chairman of Forsyth Barr in 2020, and he has served as a trustee with many community organisations. He now lives in Wanaka and is chairman of the Wanaka Watersports Facility Trust and MINT, a charitable trust serving young people with an intellectual disability. Richard is a commercial lawyer with national law firm Duncan Cotterill; he is based in Christchurch and Queenstown. He also leads the firm's international practice including its membership of TerraLex, one of the world's largest networks of independent law firms.

He is a trustee of Canterbury Charity Hospital Trust, the St Andrew’s College Foundation and a number of other charitable organisations. He has been a trustee of the Halberg Endowment Fund since 2017 One of New Zealand’s most respected sportsmen, Rob is a world champion, gold medal Olympian and a three-time Halberg Sportsman of the Year recipient. He was also a crew member of Team NZ for three America’s Cup campaigns. Rob   was the chef de mission for the New Zealand Olympic and Commonwealth teams from 2012-21. He heads his own strategy and sponsorship company supporting sports organisations and a number of different charities.

The Halberg Foundation presents its Annual Report of activity from 1 July 2020 - 30 June 2021. Click here to view.

The Halberg Foundation presents its Annual Report of activity from 1 July 2019 - 30 June 2020. Click here to view.

The Halberg Foundation presents its Annual Report of activity from 1 July 2018 - 30 June 2019. Click here to view.

The Halberg Foundation's Trust Deed sets out the guidelines for the management and functions of the organisation.

This charter and the Board committees' charters and policies set out the governance requirements for the Halberg Disability Sport Foundation (The Foundation) Executive Board [the Board]. These include the roles and responsibilities, procedures, members' powers and reference to applicable legislation.

This charter sets out the governance requirements for the Board Audit and Risk Management Committee including the roles and responsibilities, procedures, members' powers and reference to applicable legislation.

This charter sets out the governance requirements for the Halberg Foundation Human Resources and Compensation Committee including the roles and responsibilities, procedures, and members' powers.

At the Foundation we believe that building diversity of relevant  thought across our organisation will deliver enhanced performance and ensure relevance to the people we service. Rich and varied backgrounds, experience and perspectives are critical to build a leading edge operation and deliver first class outcomes for our customers and stakeholders.  The Foundation is committed to attracting, recruiting, developing, promoting and retaining a diverse group of talented individuals who will help drive the Foundation's performance.

The Halberg Foundation is fully committed to safeguarding the welfare of all children in its environs.